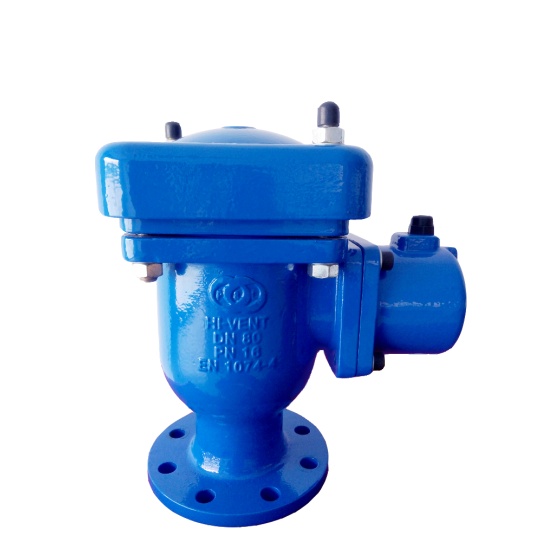 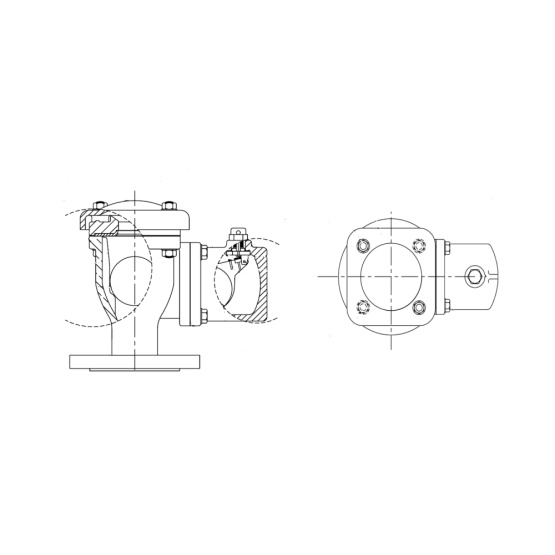 Double orifice air valve that combines both large orifice & small orifice functions within one unit.The large orifice allows air to be expelled from the system during filling of a pipeline and admit air back into the system whenever sub-atmospheric pressure occurs.Air is vented from the system until water enters the valve and lifts the float against its seat,ensuring a tight seal.In the event of sub-atmospheric pressure in the system,the water level drops causing the float to fall from its seat and allow the admission of air.

During normal working of the main the small orifice releases the air which accumulates under pressure.With the main in operation,the float is normally against its seat.As air enters the chamber body the water level is depressed until a level is reached when the float drops form its seat,whcih allows air to escape.The consequent rise in water level returns the float to its seat.